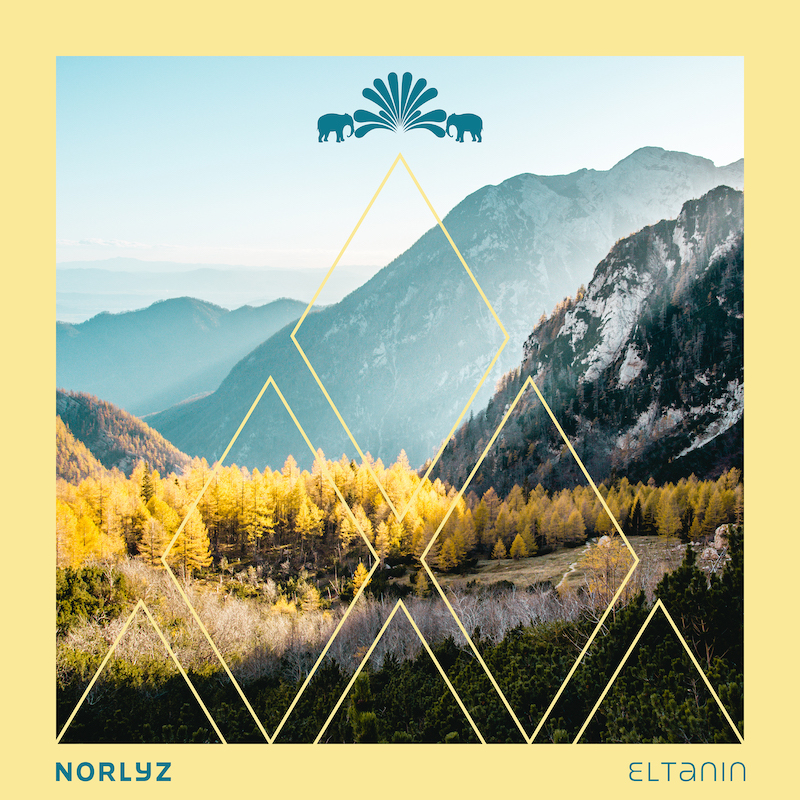 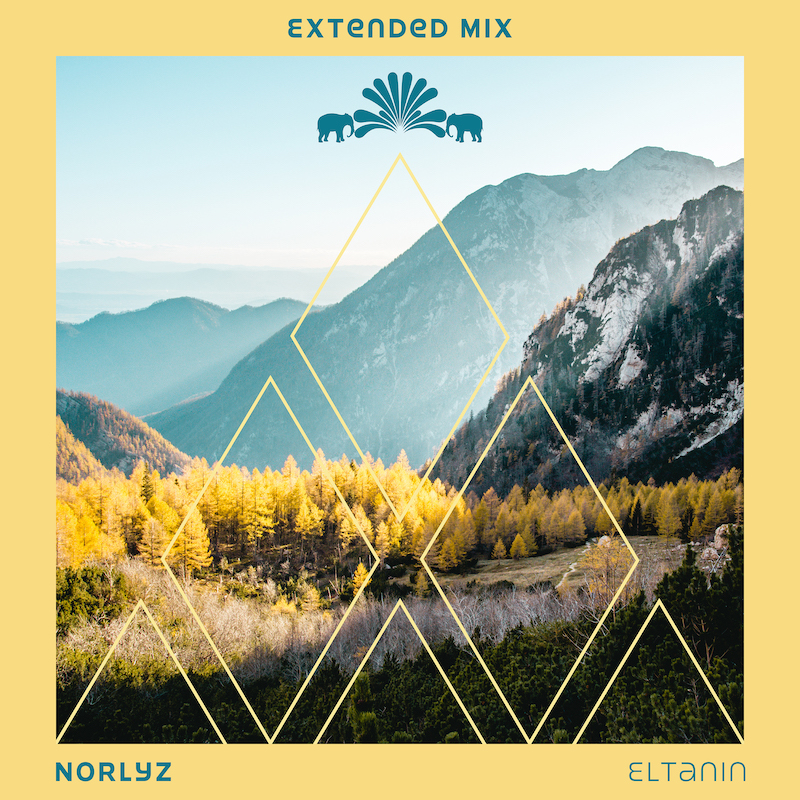 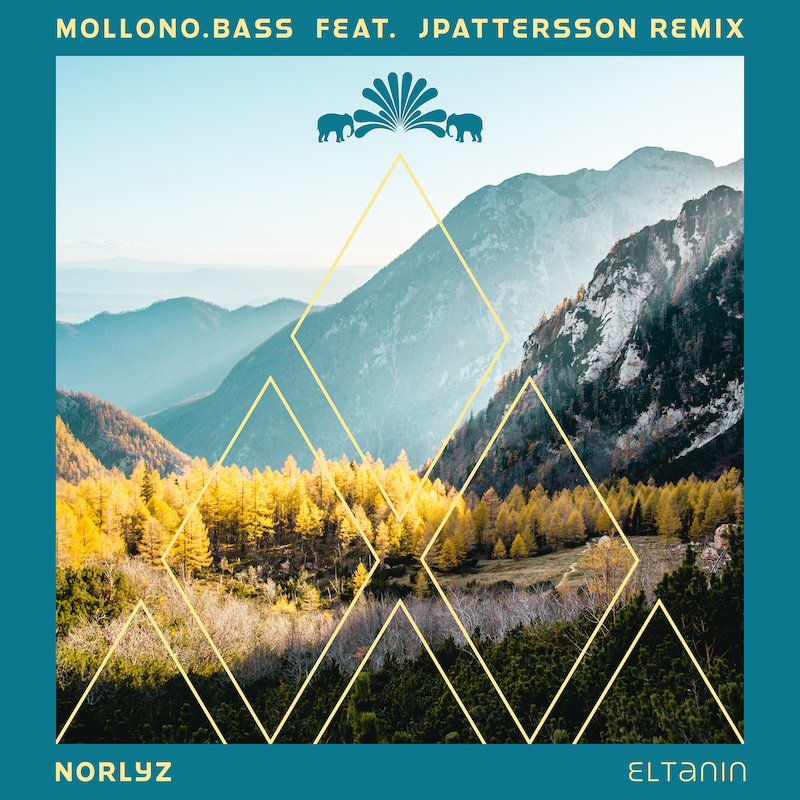 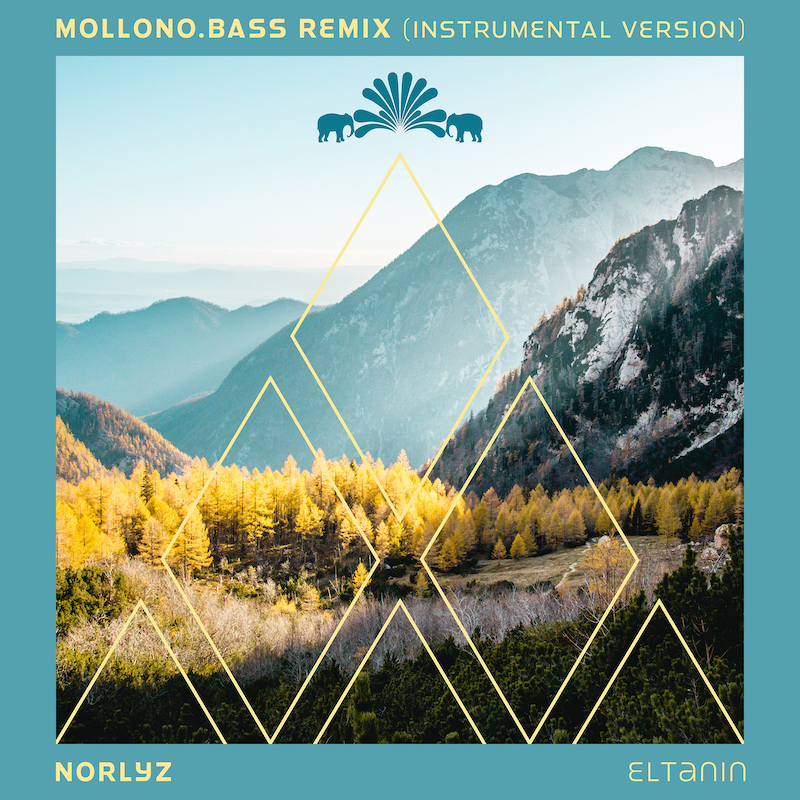 For the Single “Eltanin” by the electro-acoustic live act NORLYZ, I wrote, recorded, played the handpan & synths and produced the music.

Some call it overtones, others healing frequencies and some even call it magic. If you’ve heard a handpan, you know what it means: The melodic-percussive UFO creates a unique aura of wellbeing, harmony and relaxation. For their track Eltanin, the electro-acoustic band Norlyz combined this very special instrument with a liquid four- on-the-floor groove that comes with its very own hypnotic magic. This combination works just beautifully, be it on the dancefloor inside you head or on the dancefloor of a club or open air. Also, the rolling and kicking Mollono.Bass remix provides a pleasant surprise because this one keeps the handpan at a subtle level and instead unfolds a lush tapestry of psychelicious electronic delights.

NORLYZ
The electro-acoustic live band unites the warmth and fragility of acoustic instruments with the precision and power of the electronics: captivating grooves rich in fine sonic details, inspired by techno, world music and jazz. Guiding the audience NORLYZ embarks on a journey through parallel worlds, mystical lands and cinematic soundscapes. While following an intricate dramaturgy, the project leaves space for creative improvisation between the 4 musicians aiming to elevate each other and the overall experience.

Paul David Heckhausen as founder, producer, composer and live musician is the driving force of NORLYZ. As a drummer and pianist he comes from rock and jazz music, traveled and drummed for a year in Brazil and finally studied composition and music production in the Netherlands. After a phase as a DJ, he followed up on his urge to play more live again and to combine electronic with acoustic music. So he founded Schattenspiel, the predecessor project which is known today in a new line-up as NORLYZ.
Cellist Gábor Hartyáni comes from Hungary, lived and studied in the Netherlands, and has a penchant for groove, world music and jazz. He has been playing with Schattenspiel since 2019.
Trumpeter Philipp Püschel and saxophonist Lasse Golz met while studying jazz in Hamburg. The two play together with Paul in the space jazz band ROCKET MEN, among others, as well as regularly with the techno marching band MEUTE. Philipp and Paul know each other from their time together in a big band in Hannover.

SCHATTENSPIEL played frequently on festivals like Distortion Copenhagen (DK), Eurosonic (NL) or Detect Classic at Funkhaus Berlin as well as club shows at Sisyphos and Mensch Meier Berlin to mention a few. Several singles as well as an EP were released on the labels “Rebellion der Träumer” and “Traum Schallplatten” in the past years.

← Previous Next →
We use cookies on our website to give you the most relevant experience by remembering your preferences and repeat visits. By clicking “Accept All”, you consent to the use of ALL the cookies. However, you may visit "Cookie Settings" to provide a controlled consent.
Cookie SettingsAccept All
Manage consent

This website uses cookies to improve your experience while you navigate through the website. Out of these, the cookies that are categorized as necessary are stored on your browser as they are essential for the working of basic functionalities of the website. We also use third-party cookies that help us analyze and understand how you use this website. These cookies will be stored in your browser only with your consent. You also have the option to opt-out of these cookies. But opting out of some of these cookies may affect your browsing experience.
Necessary Always Enabled
Necessary cookies are absolutely essential for the website to function properly. These cookies ensure basic functionalities and security features of the website, anonymously.
Functional
Functional cookies help to perform certain functionalities like sharing the content of the website on social media platforms, collect feedbacks, and other third-party features.
Performance
Performance cookies are used to understand and analyze the key performance indexes of the website which helps in delivering a better user experience for the visitors.
Analytics
Analytical cookies are used to understand how visitors interact with the website. These cookies help provide information on metrics the number of visitors, bounce rate, traffic source, etc.
Advertisement
Advertisement cookies are used to provide visitors with relevant ads and marketing campaigns. These cookies track visitors across websites and collect information to provide customized ads.
Others
Other uncategorized cookies are those that are being analyzed and have not been classified into a category as yet.
SAVE & ACCEPT